It aims at creating social awareness and also imparts human values in students. Its activities include protection of the environment and social services. It helps in the progress of students in their professional future.
N.S.S Programme Officer Organization NSS History Activity Forum Objective Of(NSS) Activities 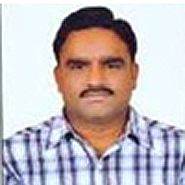 Department of Pharmacognosy and Phytochemistry

National Service Scheme, under the Ministry of Youth Affairs & Sports Govt. of India, popularly known as NSS was launched in Gandhiji’s Birth Centenary Year 1969, in 37 Universities involving 40,000 students with primary focus on the development of personality of students through community service. Today, NSS has more than 3.2 million student volunteers on its roll spread over 298 Universities and 42 (+2) Senior Secondary Councils and Directorate of Vocational Education all over the country. From its inception, more than 3.75 crores students from Universities, Colleges and Institutions of higher learning have benefited from the NSS activities, as student volunteers.

The National Service Scheme owes its origin to the philosophy of Mahatma Gandhi, who believed that the first duty of the students was not to treat their period of study as an opportunity for intellectual luxury, but to prepare themselves for final dedication in the service of society. In the post-independence era, the University Grants Commission headed by Dr. S. Radhakrishnan recommended introduction of National Service Scheme in the academic institutions on a voluntary basis with a view to developing healthy contacts between the students and teachers on the one hand and establishing a constructive linkage between the campus and the community on the other hand.

The idea was considered by policy makers and committees like the Central Advisory Board of Education (1950), National Service Committee (1959) and the The Education Commission headed by Dr. D.S.Kothari (1964-66). In 1958, the then Prime Minister Pandit Jawaharlal Nehru in his letter to the Chief Ministers, had also mooted the idea of having social service as a prerequisite for graduation. The Education Ministers’ Conference of 1959 , the Vice Chancellors’ Conference of 1967 and the Conference of Student Representatives of the universities and institutions of higher learning convened by the Ministry of Education and the University Grants Commission also unanimously declared that national service could be a powerful instrument for national integration. And, finally, on September 24, Gandhi Centenary year (1969), the Union Education Minister Dr.V.K.R.V.Rao, launched the NSS programme in 37 universities covering all states.

The NSS is a national development task, organized by the students. Besides, the students gain work-experience which might help them to find avenues of self-employment or employment in any organization at the end of their university career. The initial financial arrangements provided for an expenditure of Rs. 120/- per NSS student per annum to be shared by the Central and the State Governments in the ratio of 7.5 i.e the Central Government spending Rs.70/- and State Government Rs. 50/- respectively per NSS student per year. Keeping the inflation in view, it is now under consideration to revise the amount for Special Camping and Regular activities. The response of students to the scheme has been quite encouraging. Starting with an enrollment of 40,000 students in 1969, the coverage of NSS students, increased to about 26 lakhs in 2006.

National Service Scheme (NSS) is a permanent youth programme under the Ministry of Youth Affairs and Sports, Government of India and funded by Government of Andhra Pradesh and Government of India in the ratio of 5 : 7. The motto of NSS is “Not me but you”. It underlines that the welfare of an individual is ultimately dependent on the welfare of the society as a whole. This expresses the essence of democratic living and upholds the need of selfless service and appreciation of the other man’s point of view and also consideration for fellow human beings.

It is a two year voluntary service where students are allowed to develop their personality through social service. NSS volunteers have helped in the conduction of camps in nearby villages where attempts are made to improve conditions for the villagers. Blood donation camps, Health camps,Dental & Eye check-up camps and various such activities fill the calendar of an NSS volunteer. 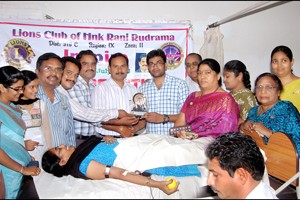 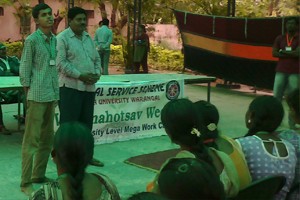